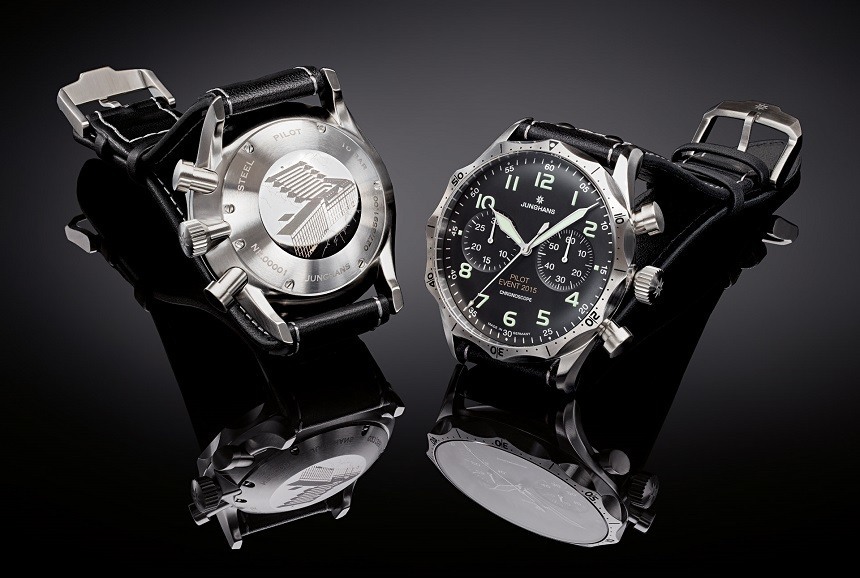 In late September last year, German watchmaker Junghans, known for quality, reliability and passion in watchmaking for over 150 years, held a special preview of the new Meister Pilot watch. The longstanding watch company cave its guests an in-depth insight into the company during an exclusive tour before introducing its new event model. With already two months into 2016 the official launch of the new Meister Pilot is nearly arrived. Time to take a closer look. 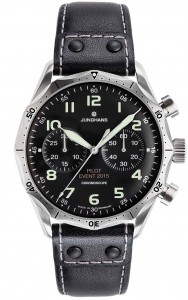 Junghans designed the new Meister Pilot out of the fascination of flying and aviation in general. Junghans made its own contribution to the history of powered flight – as early as in the 1930s the German manufacturer was producing on-board clocks for aircrafts and in 1955 Junghans developed the Bundeswehrchronograph for the West German military. The new Meister Pilot incorporates the key design elements of the legendary Junghans pilot watch of the 1950s, combining these with the forms of the current Meister collection.

The new Meister Pilot from Junghans is rugged, traditional and masculine watch with an unmistakable design. Its bezel ensures this watch stands out from the crowd, defines the overall appearance and adds a useful function. The pattern and the generous scalloping of the bezel are uncommon and undeniably bold.
The stainless steel case is 43.3 mm in diameter and 14.4 mm in height; a size that plays a part in the excellent legibility of the watch. it is also water resistant up to 100 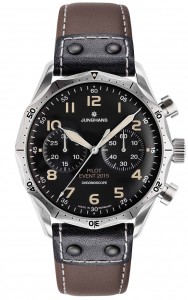 metres. The double-sided, domed sapphire crystal provides an ideal view of the luminescent numerals and hands. The new Meister Pilot enables secure orientation even in poor lighting conditions and in the dark.

The dial is uncluttered and very easy to read as one would expect from a pilot’s watch. The chronograph functions are laid out on 3 (minutes) and 9 (runnings seconds) o’clock; the watch doesn’t feature a date display.

The Junghans new Meister Pilot will be available in two versions: with a black strap and lume and with a brown strap and vintage lume. Both watches have identical specifications and are powered by the same self-winding movement – the calibre J880.4 – which provides the mechanical precision one would expect from Junghans.