RJ-Romain Jerome has once again joined forces with Marvel, one of the biggest entertainment companies in the world. Because that’s what the watch manufacturer does, and does best. The result is another exceptional piece, this time dedicated to the most agile Super Hero: Spider-Man.
Spider-Man has widely spread into pop culture from its first appearance in the early sixties in a comic book to today. He is one of Marvel’s best known and most popular Super Heroes, he is also part of the Avengers, and since the first Spider-Man movie featuring Tobey Maguire in 2002, Marvel is reigning over the Super Hero movie universe with an iron fist. 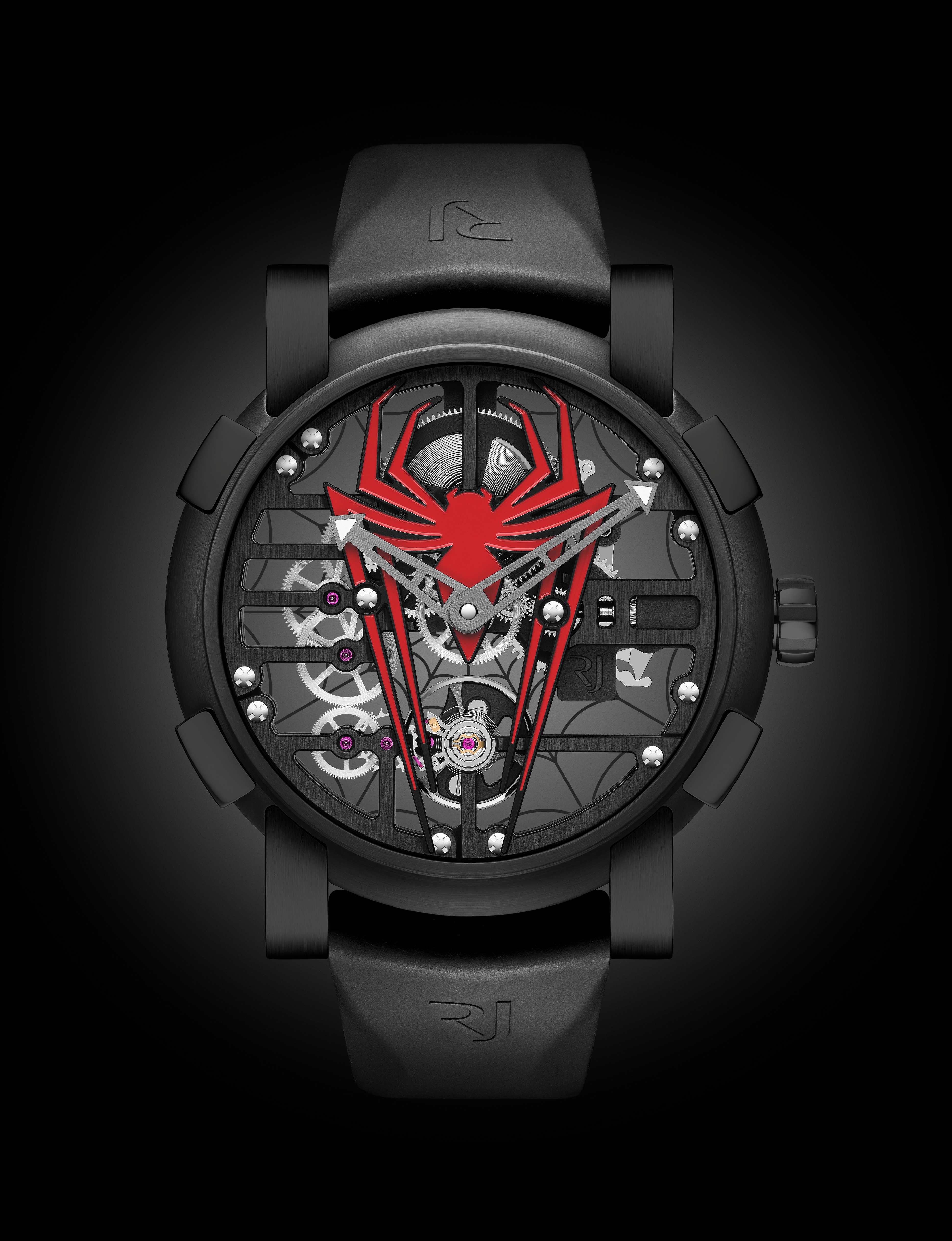 The RJ x Spider-Man is presented in RJ-Romain Jerome’s elegant Skylab case which follows the rule of a classic round-shaped case with four lugs. Enhanced with the four paws characteristic for Romain Jerome, the all black case, made from PVD-coated steel with a satin-finish, reveals a skeleton movement offering endless transparency. The case offers a diameter of massive 48 mm and is waterproof up to 3 bar.
The intricacy of the model also resides in the different perspectives on the dial and the elements that intertwine – the central, bright red spider-shaped applique, the transparency of the skeleton as well as the web metallized on the sapphire crystal. The timeless spider logo is taking center stage on the dial and is probably the best evocation of the character Peter Parker, whose life changed forever with the bite of a radioactive spider. 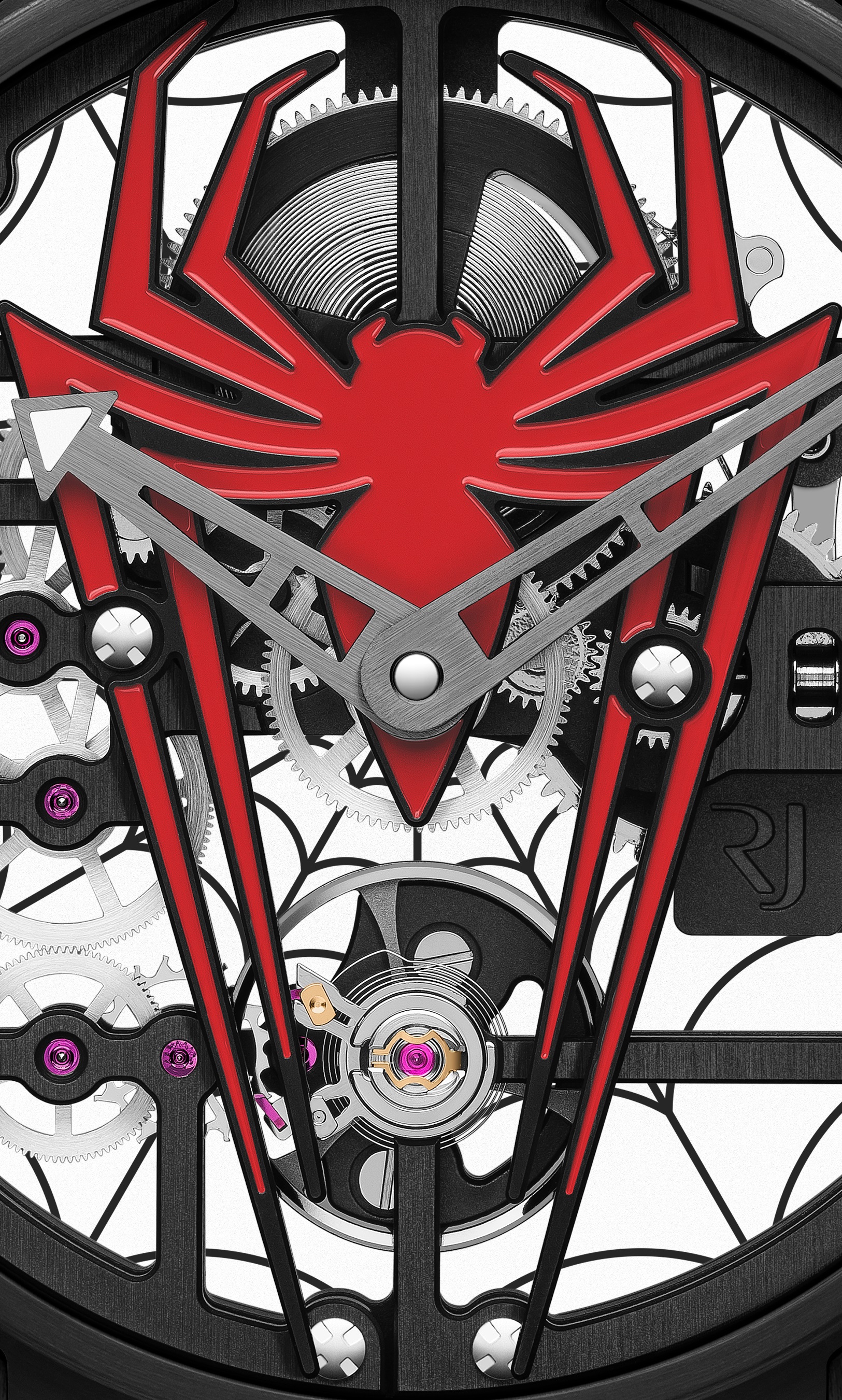 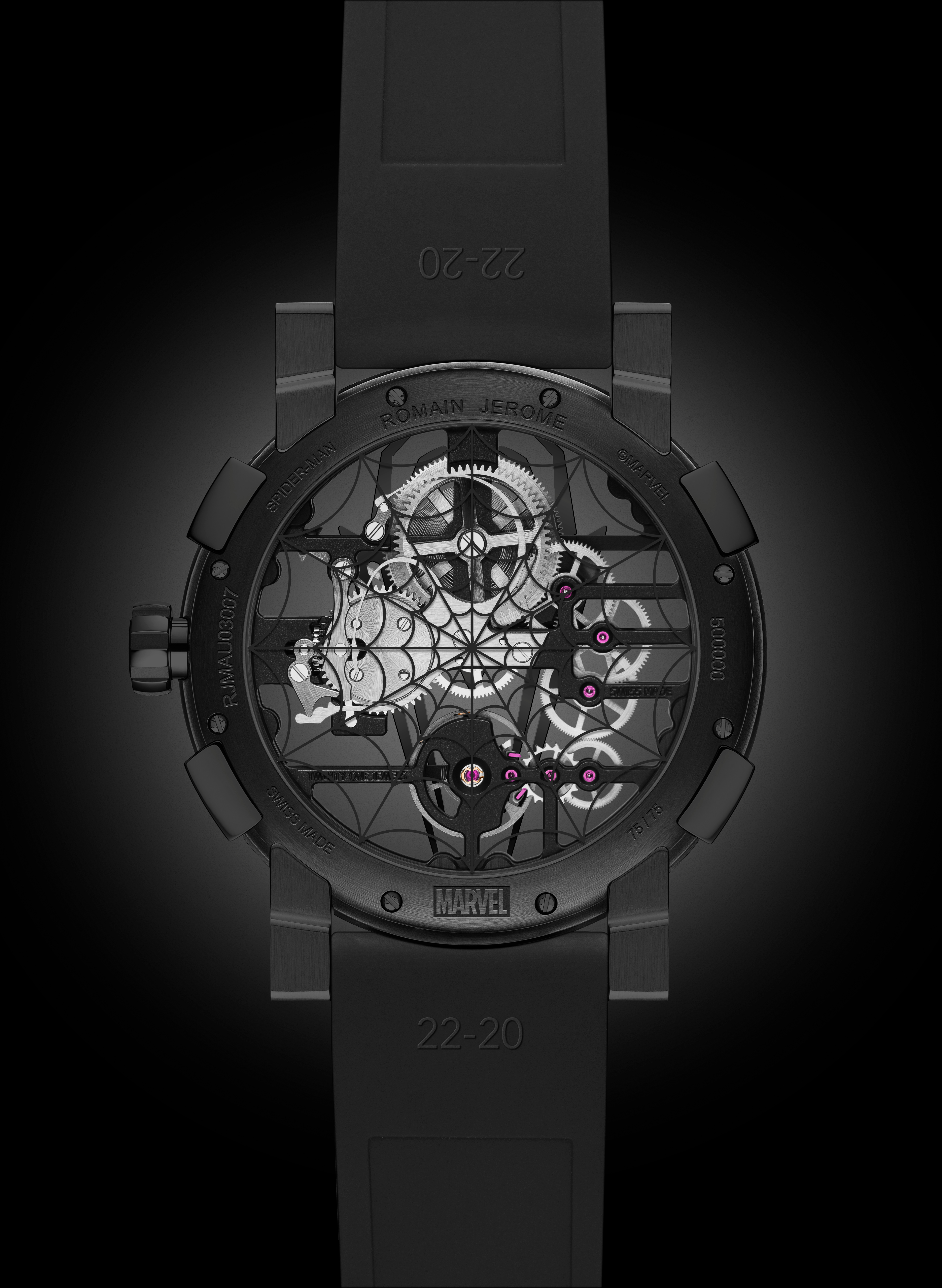 The modern 3-layer movement featuring straight bridges and chamfered angles comes from the RJ-Romain Jerome design labs. The calibre RJ004-M is a mechanical movement that works at 28,800 vph and grants a power reserve of 48 hours minimum. It features only hours and minutes.

The RJ x Spider-Man comes with a black rubber strap.
This edition is limited to 75 pieces and every one will cost 20.950€.