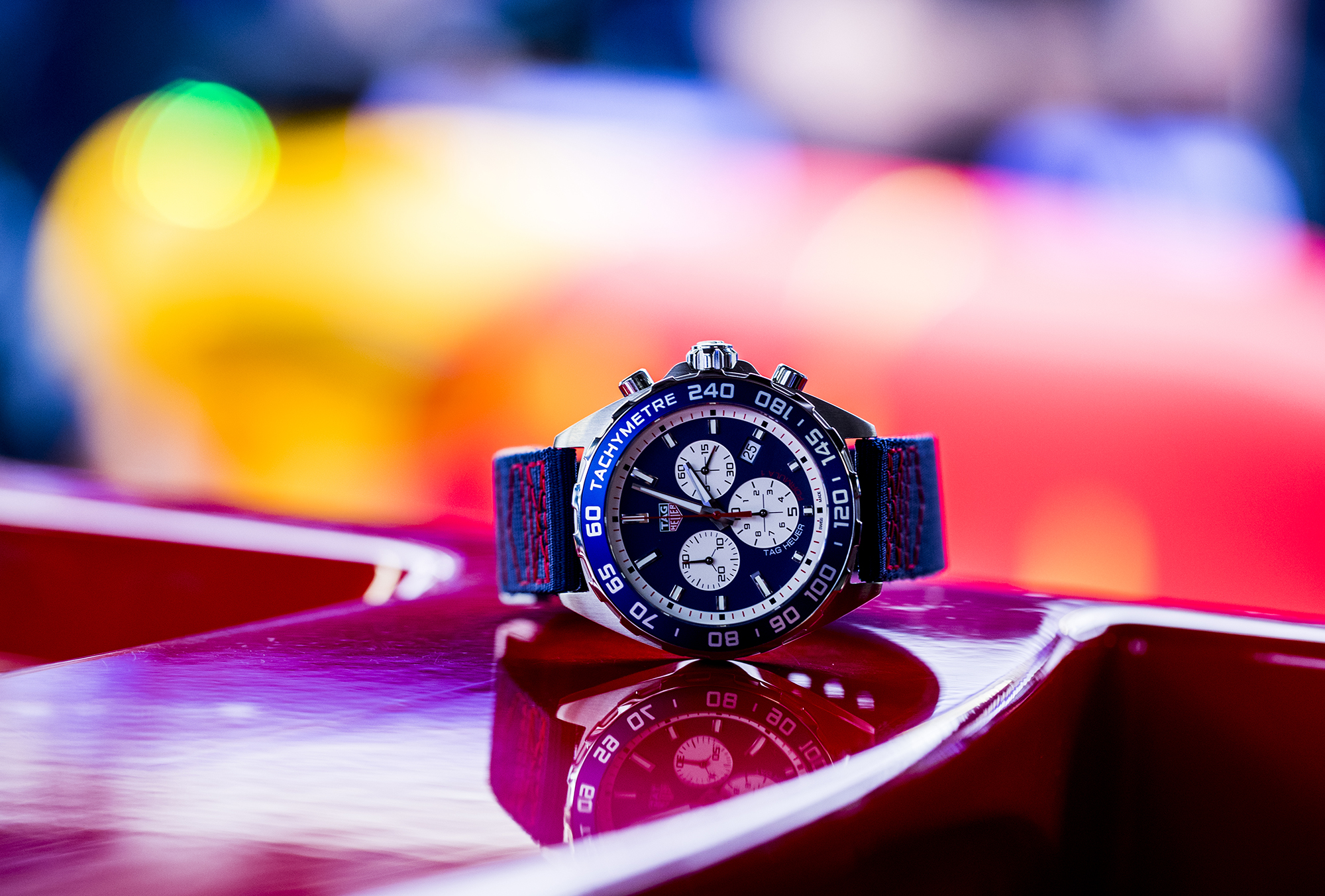 TAG Heuer launched two special series in honour of the famously unconventional Formula 1 team Red Bull Racing. Back in December 2015 TAG Heuer became the Official Timekeeper & Official Watch of the Formula 1 Red Bull Racing team in a landmark agreement. The two brands announced the new name of the 2016 car „Red Bull Racing – TAG Heuer RB 12“, with the watch manufacturer being included in the team’s official name. It’s the first time a watchmaker has ever been named directly in the official title of an F1 team.
Red Bull Racing has amassed four Double World Champion titles, having won the FIA Constructors‘ and Drivers‘ titles four years in a row. However, it was Red Bull Racing’s unorthodox approach to the sport and to to entertainment in general wich appealed to TAG Heuer, one which is perfectly in line with the brand’s new marketing strategy.
Now, at the most glamorous of all Formula 1 Grand Prix events (no, there’s no doubt about that) – Monaco – and to celebrate its first year of partnership with the most unconventional team in the Formula 1, TAG Heuer introduced two special series TAG Heuer Formula 1 Red Bull Racing Team watches.

The steel chronograph bears the team’s colours – midnight blue and red – an alliance which naturally alludes to the racing mindset. Adorned with a bezel sporting a tachymeter scale in matte blue aluminium, this piece truly reflects the DNA of the TAG Heuer Formula 1 collection.
Inside works a quartz chronograph movement, the Ronda 5040D with the 1/10 second and hour counter at 6 o’clock, a minute counter at 9 o’clock and the current seconds counter at 3 o’clock. The hands are red, matching the team colours, while complementing the white counters and deep blue case.
The case back is engraved with the legendary black and white chequered flag, a symbol of Formula 1, as well as the Red Bull Racing Team logo. The watch is water resistant up to 200 metres.

The watch is available in two versions, one of which has a steel bracelet in keeping with the brand’s flagship models. But the model is also available with a strap made from technical textile for a sportier look, with red stitching inspired by the seat belts of racing cars.
So there’s nothing much new here and calling a watch two special editions that only vary in terms of the strap is a bit of a stretch we would say. But: Nonetheless, these watches are perfect for people who prefer a bit of colour on their wrists and of course they are high-quality like one would expect from TAG Heuer. 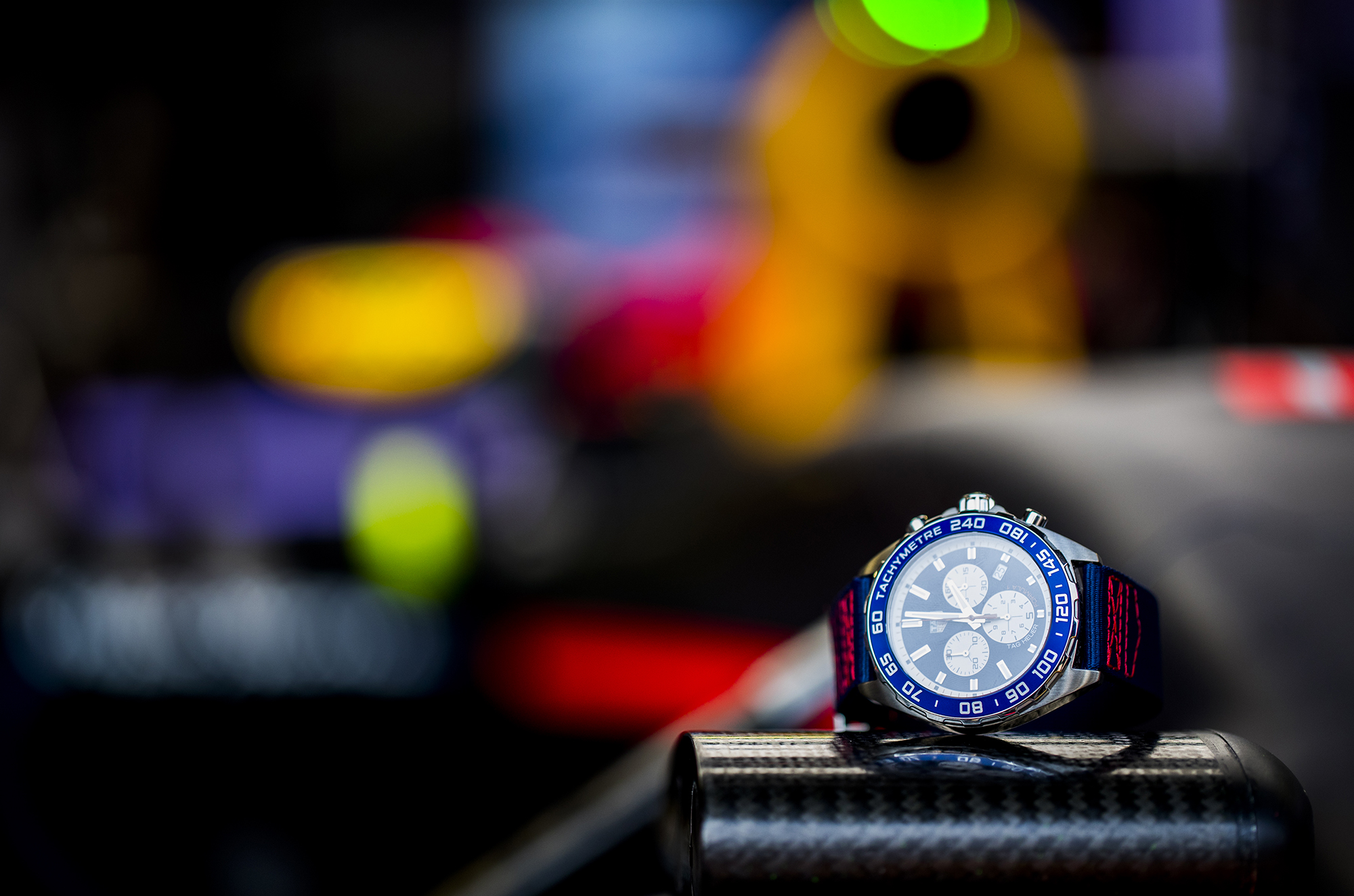