The Tudor Heritage Black Bay derives its overall lines and its domed crystal from the brand’s first divers’ watch, the Submariner launched in 1954. It also ownes its ancestors domed dial. It’s winding crown is a nod to the model presented in 1958. The characteristic angular Hands of the Heritage Black Bay which are known as “snowflakes”, were seen from 1969 to the early 1980s. And now there’s a new version. The Heritage Black Bay was originally released in red, then in blue and now it is available in black. 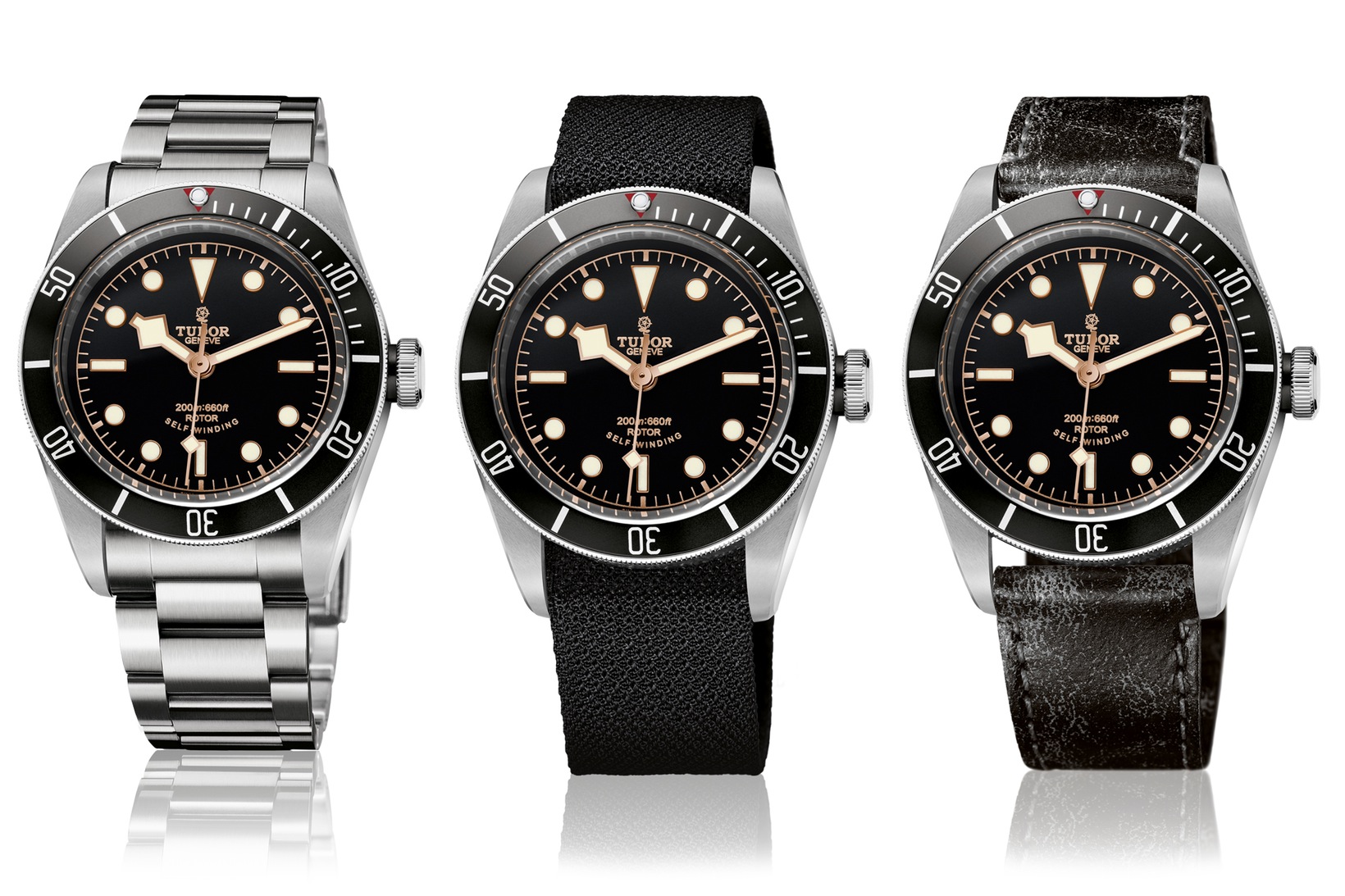 This dive watch was released for the fist time in 2012, in 2013 it won the Grand Prix d-Horlogerie de Genève in 2013. This model excites because with its design it’s back to the roots. The dream of every vintage watch lover. This tool can be used every day, it not only can be but should be taken to the pool, on the beach and diving. This is what the Tudor Heritage Black Bay is made for. 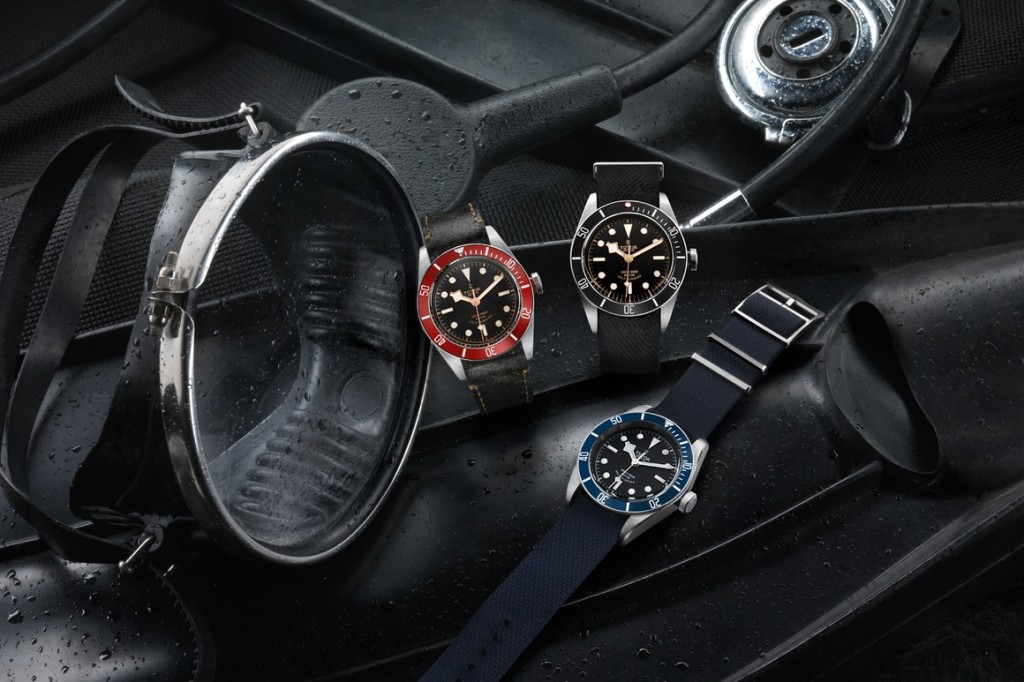 The dial is black and protected by a domed sapphire crystal. The watch features hours, minutes and seconds but no date. The steel case is 41 mm in diameter with a polished and satin finish. The steel bezel is unidirectional rotatable and matt black, matt blue or matt burgundy red with silver printing. The screw-down crown, also known as “Big Crown” is engraved with the tudor rose and it’s colour matches the one of the bezel.

The Tudor Heritage Black Bay is powered by a self-winding mechanical movement, the Tudor calibre 2824. This calibre provides a power reserve of approximately 38 hours.

The Tudor Heritage Black Bay comes with a steel bracelet or an aged leather strap. Additionally there is a fabric strap available. And every watch from this collection is waterproof up to 200 metres. It’s a diver’s watch after all.