The Regulator was the first stand-alone model in the history of Chronoswiss and in subsequent years, it quickly became the brand’s central motif and standard bearer. It is therefore only logical that the design team pays special attention to the Regulator on its 30th birthday, which is also the 35th anniversary of Chronoswiss itself. Following the 3D dials and skeletonizations of recent years, the manufacturer is now introducing the Flying Regulator Open Gear, a model which provides unexpected insights. 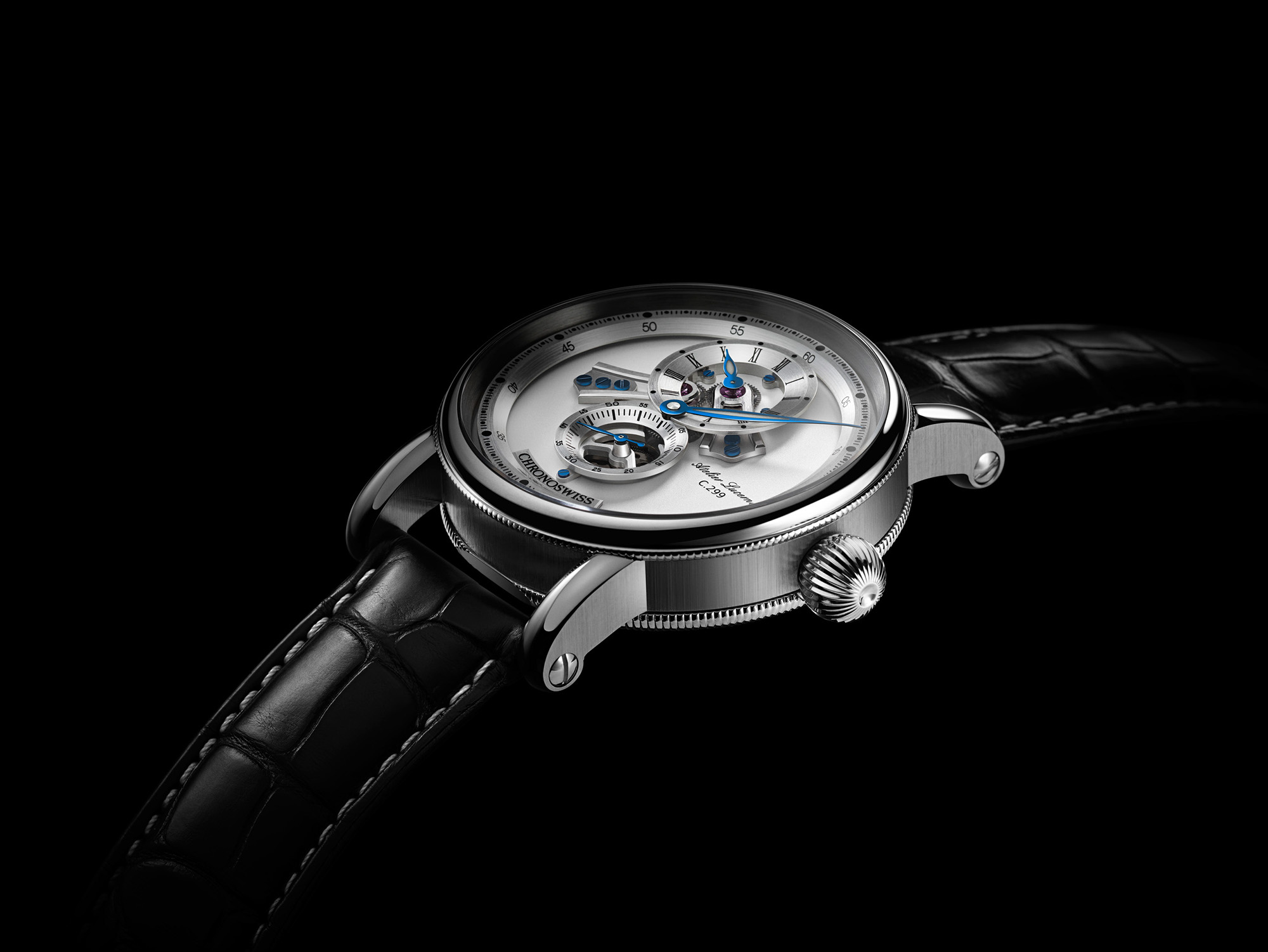 To produce a Regulator, a modification of the movement is necessary. Normally, it is hidden from prying eyes underneath the dial. But in this new version it has not only been made visible but also showcased as a central design element, hence the name “Open Gear”.
Its dial is simultaneously its module board, onto which the train wheel bridges of the skeletonized gears are mounted. These move on four ruby bearings, generating the least possible friction. The train wheel bridges have also been skeletonized and boast carefully angled and polished edges. Six screws keep them reliably in their intended place on the dial. This is how functional design is done.
At 6 o’clock on the dial, the Flying Regulator Open Gear reveals an exciting insight. The dial and the bridge have been skeletonized at the height of the small second so that you can see the second wheel in action. As the associated seconds scale – just like the display at 12 o’clock – floats above the dial on a funnel-like display, the gaze is virtually drawn towards the inner workings and to the seconds wheel, designed to look like a rotary dial.
Super-LumiNova inlays on the hands and indexes ensure best legibility, even in the dark. 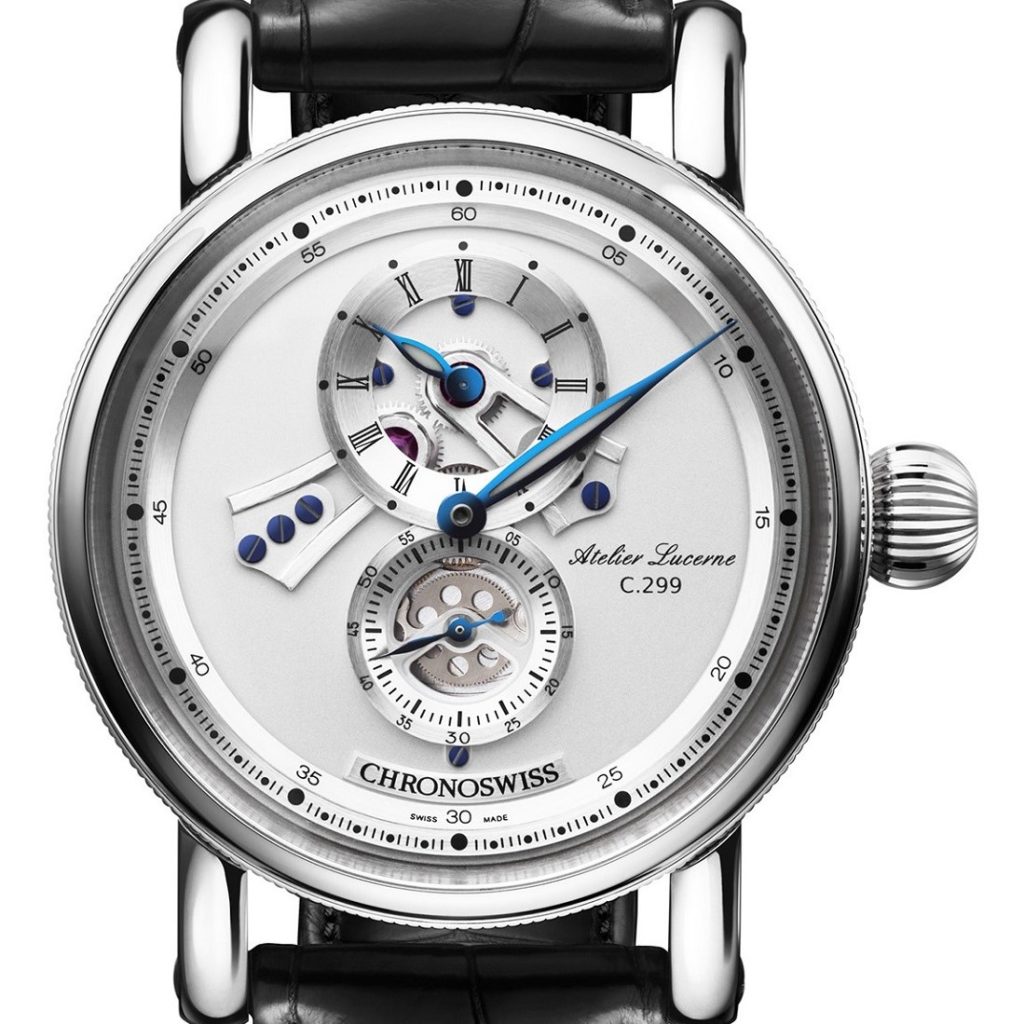 Chronoswiss offers the timepiece in four different color combinations: in purist stainless steel with dials in galvanic blue, black or silver, or timeless elegant in a red gold case with a galvanic silver dial.

The Flying Regulator Open Gear is a pure Chronoswiss development – from the design to the dial module.
This watch will only be available as a limited edition.

The Sirius is a classic collection from Swiss watchmaker Chronoswiss and it contains many different models. Over the last year Chronoswiss introduced various new models, including the Sirius Big Date Small Seconds, a fine dress watch which comes in two different versions – in stainless steel and red gold. We will take a closer look at this new timepiece in a longstanding tradition. 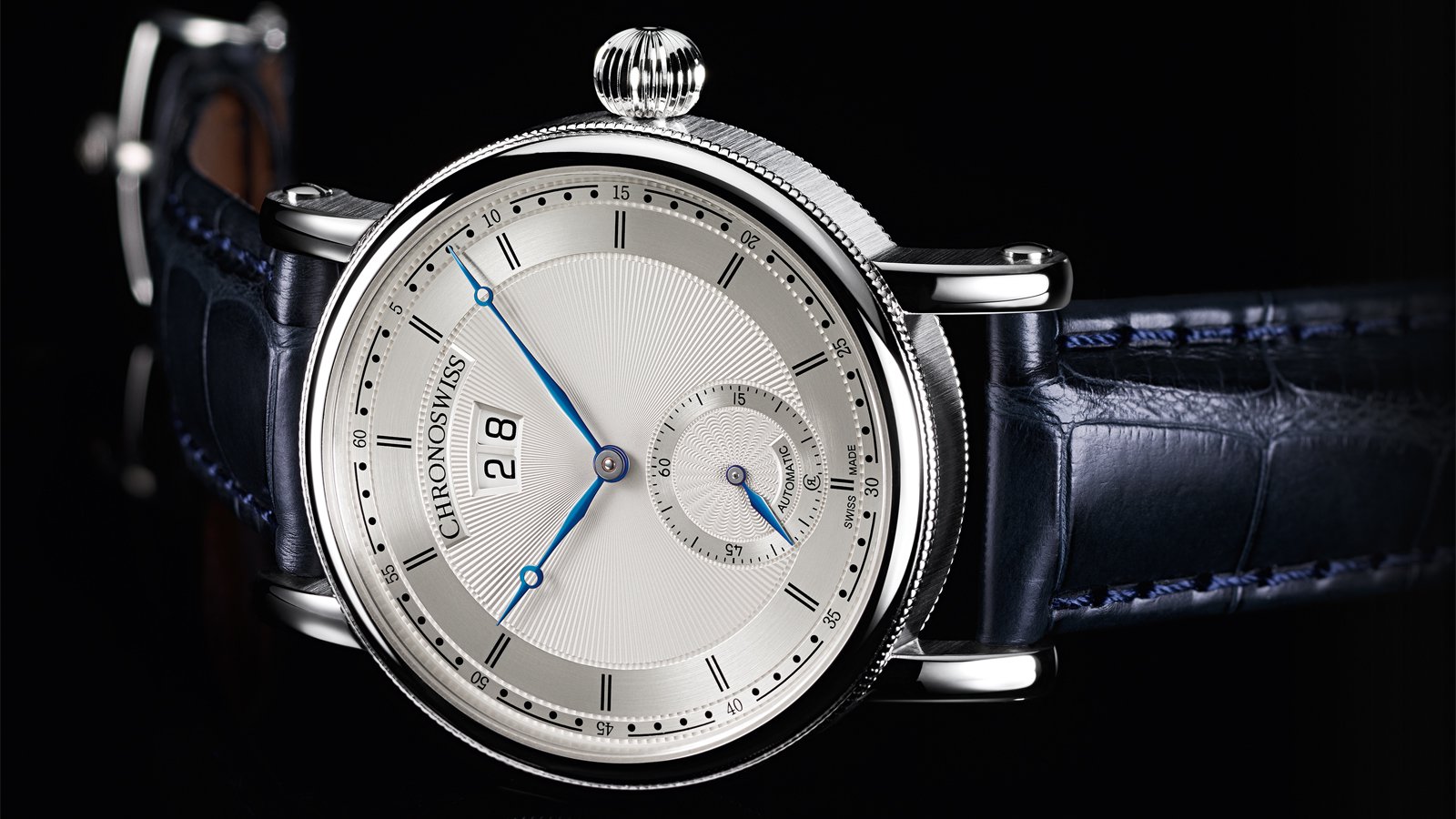 The timeless elegance and unterstatement of the exterior appearance is enhanced with good readability and a large date. As with all Sirius models, the case back made of robust sapphire crystal allows you to look right into the mechanical movement of the watch. Chronoswiss was the first brand to equip their wristwatches with glass case backs as a standard feature.
The stainless steel case measures 40 mm in diameter and 10.35 mm in height. it is partly polished, partly equipped with a satin finish. It is water resistant up to 3 atm.

The watch features central hours and minutes, small seconds at 6 o’clock and thanks to its clear design and big date display at 12 o’clock, this timepiece guarantees excellent legibility.
The Sirius Big Date Small Seconds is a beautiful example of Chronoswiss’s love for 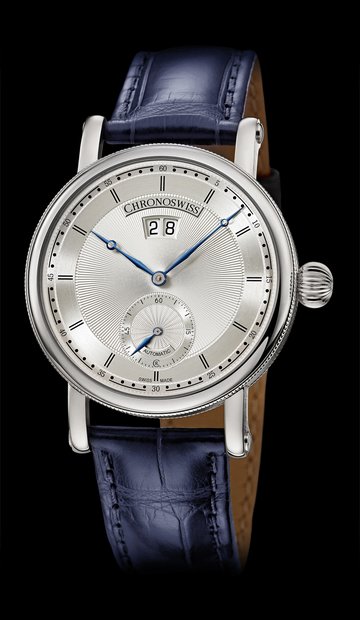 detail. The length of the thermally blued and hand-finished hour and minute hands is coordinated precisely with the dial made of solid sterling silver, which impresses the beholder with its classy guilloche design. In addition, the minute hand has slightly been bent by hand so that it really points exactly to the corresponding markers on the dial.

This Chronoswiss watch is powered by the caliber C.284 (based on the ETA 2892), an automatic swiss made movement which operates at 4 Hz. It provides a power reserve of approximately 42 hours.

The strap is made from Louisiana-alligator leather and comes with a pin buckle or folding clasp.
The Chronoswiss Sirius Big Date Small Seconds in red gold is featuring a brown leather strap.