This spring, Speake-Marin unveils a special edition dedicated to the early years of the British watchmaker peter Speake-Marin. The London Chronograph is a special edition and it will only be available in the Fine Watch Room at Harrods, in London during this summer.
After qualifying as a horologist a London’s Hackney College and deepening his knowledge of watch making in Switzerland, Peter Speake-Marin met Georges Somlo in 1990. Speake-Marin stayed in Somlo’s Piccadilly arcade for six years, restoring al manor of early pocket and wrist watches. The London Chronograph is a tribute not only to this years but also to the watches Speake-Marin learned to love back then. 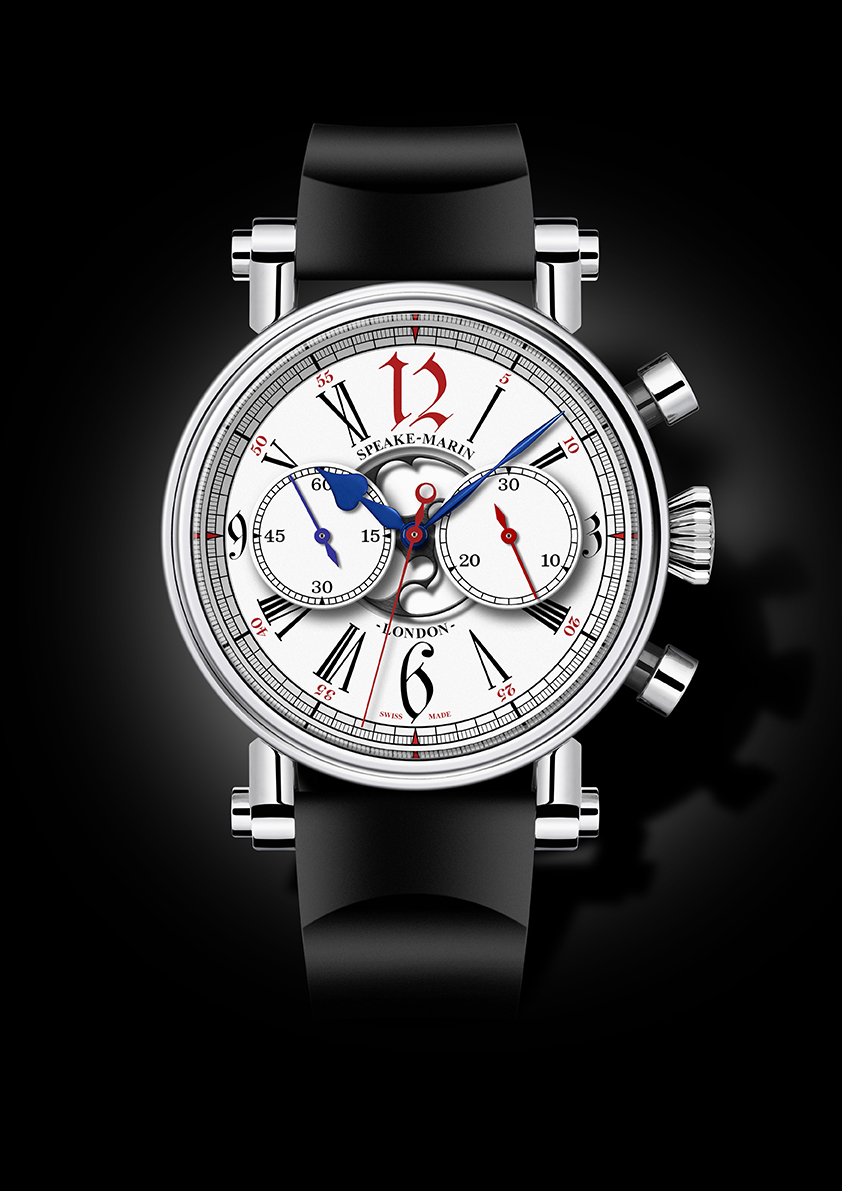 The chronograph is powered by a Valjoux 92 made during the 1950’s and 60’s. As with many mechanical calibres the quartz revolution in the late 60’s cut short the life of this and many other calibres. Therefore today these calibres are rare and it was chosen by Peter Speake-Marin because it is the same type of movement he had restored during his time in London during the 1990’s while working with Georges Somlo.

The Valjoux 92 succeeded the popular Valjoux 23 family. It was similarly sized but used a different technology. It was an oscillating pinion design, distinct at a glance for having two rather than three chronograph engagement wheels visible at the back. The historical chronograph movement were used by companies like Patek Philippe, Rolex and TAG Heuer. The mechanical hand wound movement beats with 18.000 beats per hour and features a power reserve of approximately 40 hours.

The London Chronograph is housed in a 42 mm titanium case with a three dimensional white dial. On the dial, the Arabic numbers alternate with Roman numerals to bring a vintage touch. The red 12 has classical connotations and associations with early pocket and wrist watches made in England.
The centre seconds chronograph is married in color to the 30 minute recorder hand located at 3 o’clock on the dial. The two subsidiary dials for the 30 minute recorder and the seconds dial are both seen to float on the dial and below them is found the Speake-marin topping tool logo wheel fitted to the hour wheel turning with the hour hand. The Central Speake-Marin signature Foundation style hands in heat blued steel bring the final touch to this special edition. 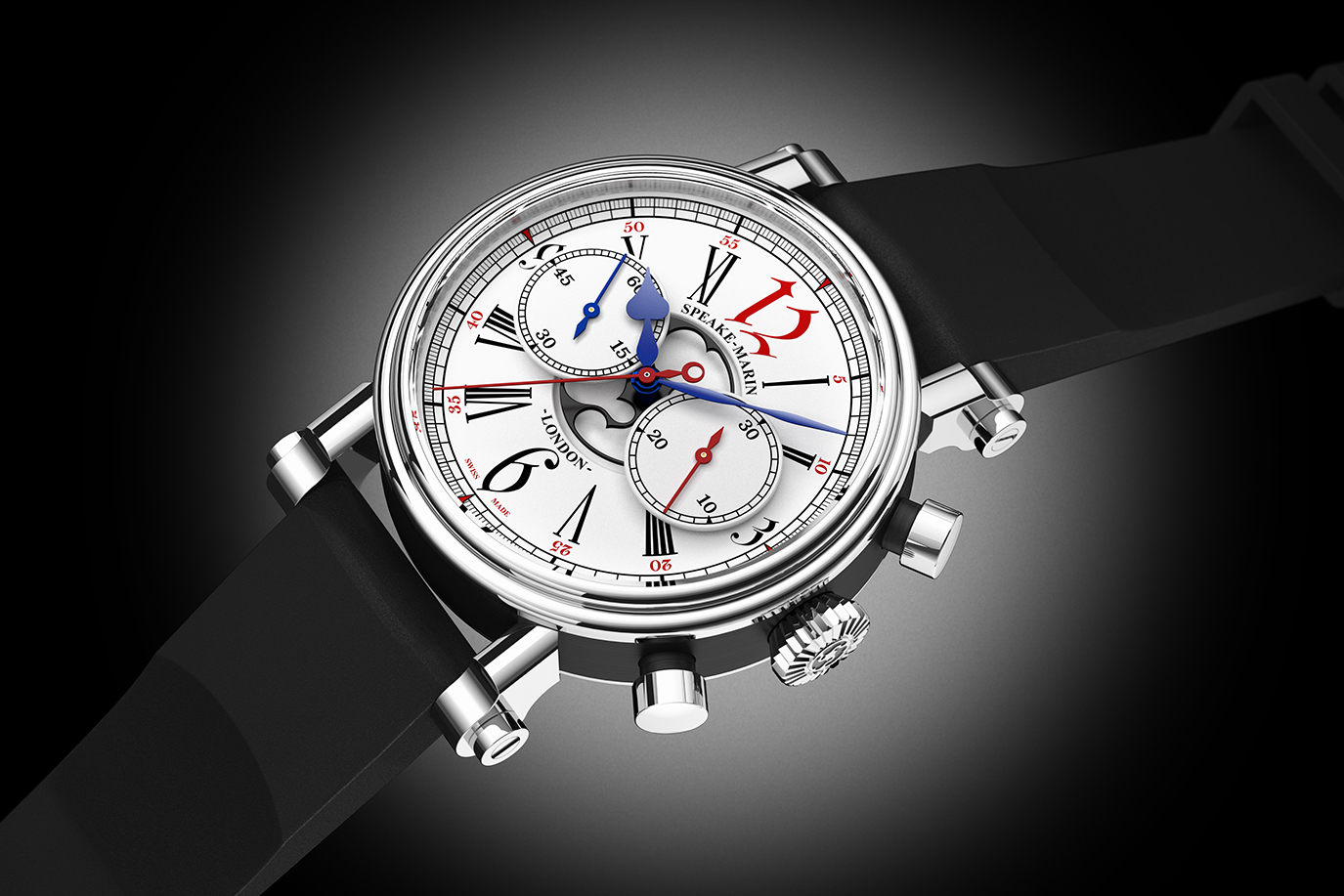 The London Chronograph is equipped with a black rubber strap and water resistant up to 3 atm. It will only be available the coming summer like mentioned before and it’s priced at £14.400.