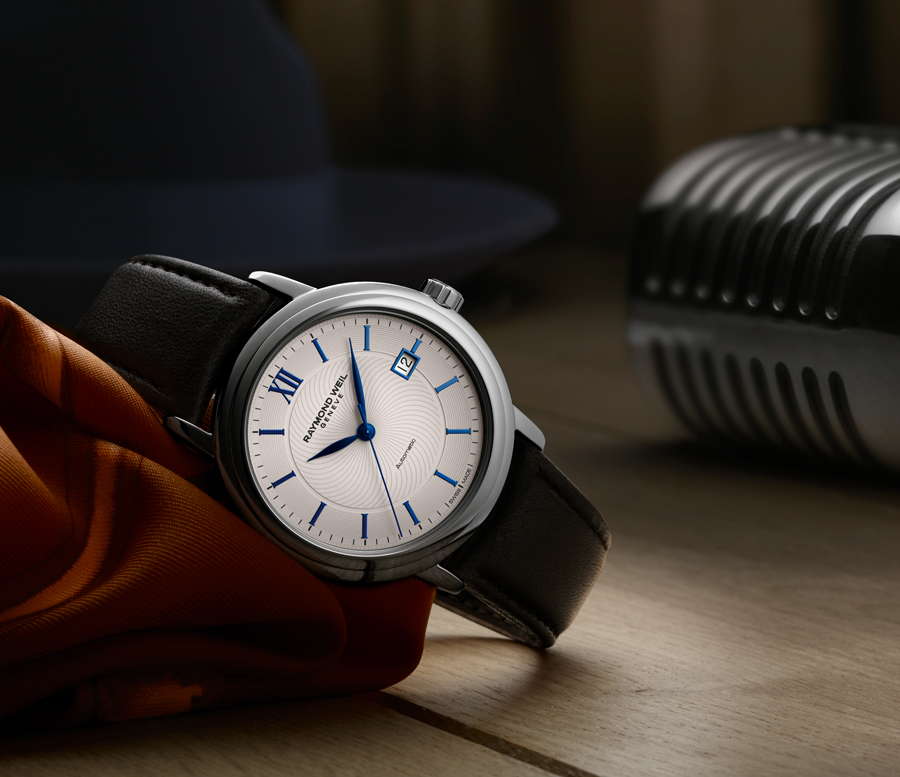 Swiss watchmaker Raymond Weil celebrates the hundred year anniversary of the birth of Frank Sinatra with a watch – the Maestro Frank Sinatra Limited Edition. This timepiece pays homage to the legendary artist and his iconic persona.

Among his many accomplishments, Sinatra earned a total of 21 Grammys, 3 Oscars and 2 Golden Globes, frequently earning him the title of one of the greatest entertainers of all time. But he also remains a true icon of elegance and style. His impeccable suits, iconic tipped hat and soulful blue eyes all contributed to his legendary status.
And Frank Sinatra knew a thing or two about timing – when performing he employed „the heartbeat tempo“, which characterises all of his famous songs. So it comes as no surprise, that Sinatra always insisted on keeping perfect time with a fine watch. „He insisted that his wristwatch would have the utmost mechanical integrity and construction to guarantee many years of faithful and accurate service,“ says his son, Frank Sinatra Jr. 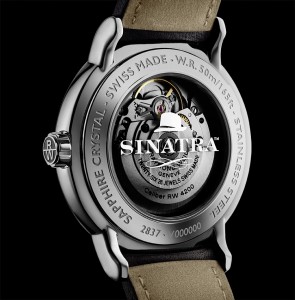 The Sinatra watch features a swiss automatic movement with automatic winding (the RW 4200, based on the Selitta SW200) housed in a 39.5 mm stainless steel case. The calibre provides a power reserve up to 38 hours and beats at 4 Hz.
Reminiscent of the famed „Ol‘ Blue Eyes“ the hands, index markers, and contour of the date window are a bright blue hue, against the backdrop of a silver dial. The watch face is classic yet distinctive – much like Frank Sinatra himself.
A transparent caseback boasts a special Sinatra Sentennial insignia, while the twelve marker, highlighted as the only Roman numeral, signifies Sinatra’s December 12th birthday.
Also in reference to his birthday, only 1,212 pieces of the Maestro Frank Sinatra Limited Edition watch will be available.

This Raymond Weil watch comes with a brown leather bracelet with a traditional buckle.