Watches, designed as serious tools and instruments, can also be elegant, and Sinn is here to prove it. Its new chronograph, the 936 is no exception of that rule. It is highly functional while sporting a cool bicompax arrangement of the counters.
The chronograph 936 is a reliable time measurement instrument equipped with Tegiment-Technology and Magnetic Field Protection, because that’s how Sinn doe it. The dial is designed to increase clarity and readability. 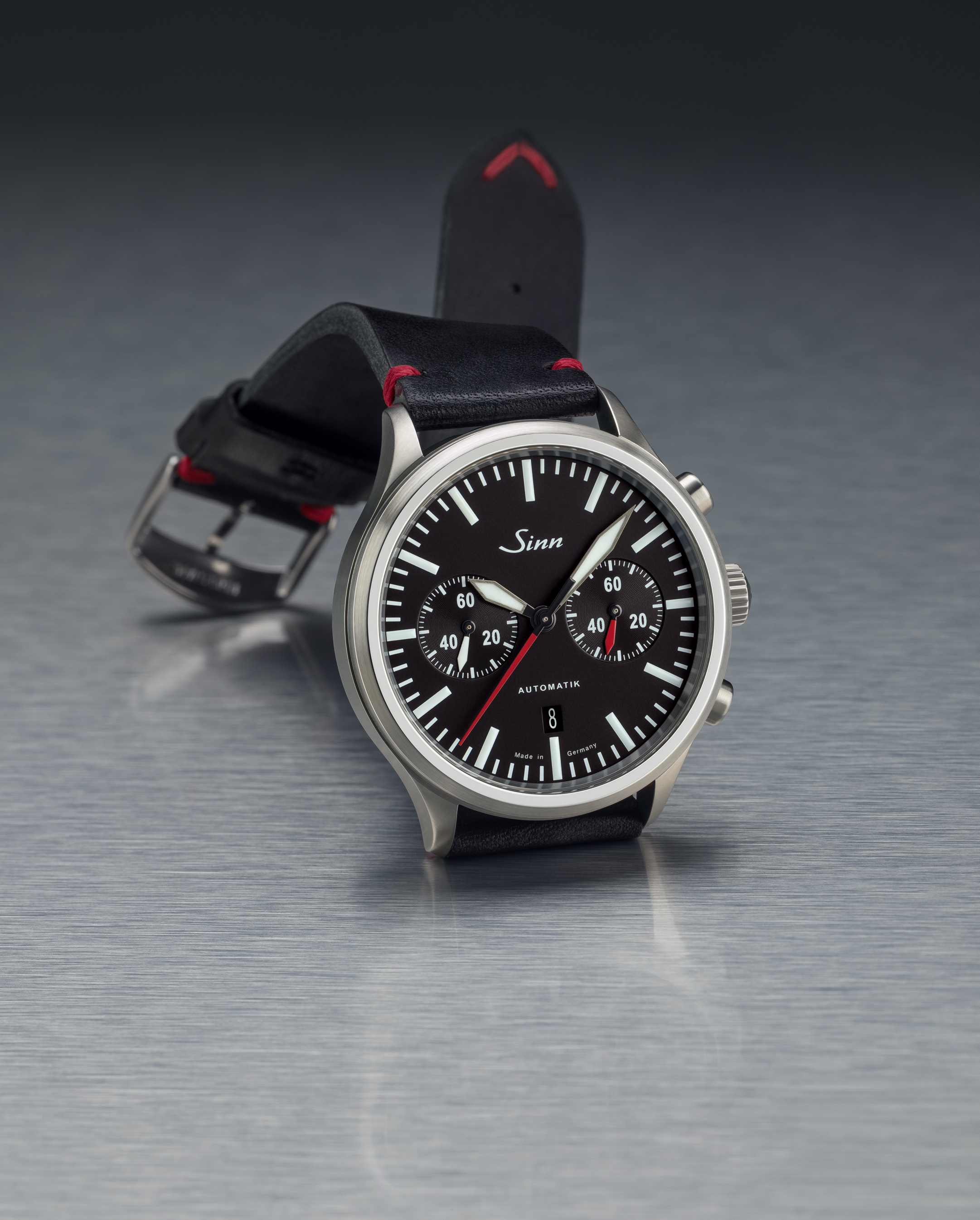 The in-house chronograph movement SZ05 focuses on the stopwatch minute display with 60-second scale at 3 o’clock and running seconds at 9 o’clock. The advantage of this is that it does away with the necessity of adding stopwatch minutes, as is required with conventional 30-second stopwatch minute displays. Optimum readability is also ensured in the dark, as the indices, hour and minute hands are coated in luminous white.
This Sinn chronograph boasts clear design aesthetics expressed through elegant details such as the skeletonised hour and minute hands – both of which are rhodium coated and matt brushed. The counter rings for the stopwatch minutes and seconds have an iridescent effect, caused by a fine cental groove. The dial is protected by a scratch-resistant sapphire crystal. 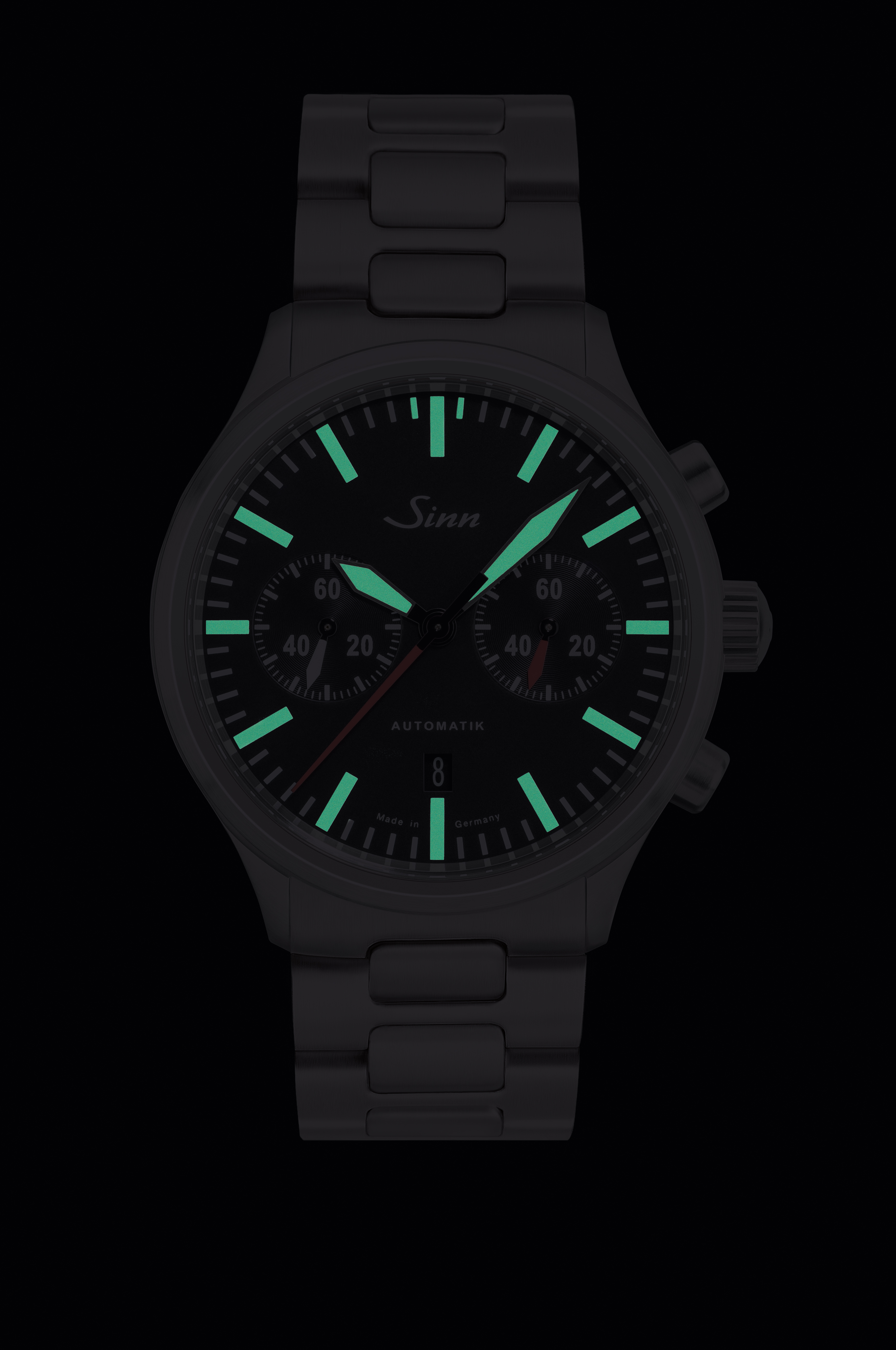 The Sinn 936 sports a stainless steel case which is partly polished, partly satinised. It measures 43 mm in diameter. The case back is screwed and the crown is also screwable which results in a water-resistance of 10 bar and a resistance to low pressure as well.

The 936 is powered, like mentioned before, by the in-house SZ05, a chronograph automatic movement. It works with 28,800 semi-oscillations per hour, is shock resistant and anti-magnetic.
The watch can be purchased with a leather or silicone strap as well as with a stainless steel bracelet. Prices vary from 2.890 bis 3165€. 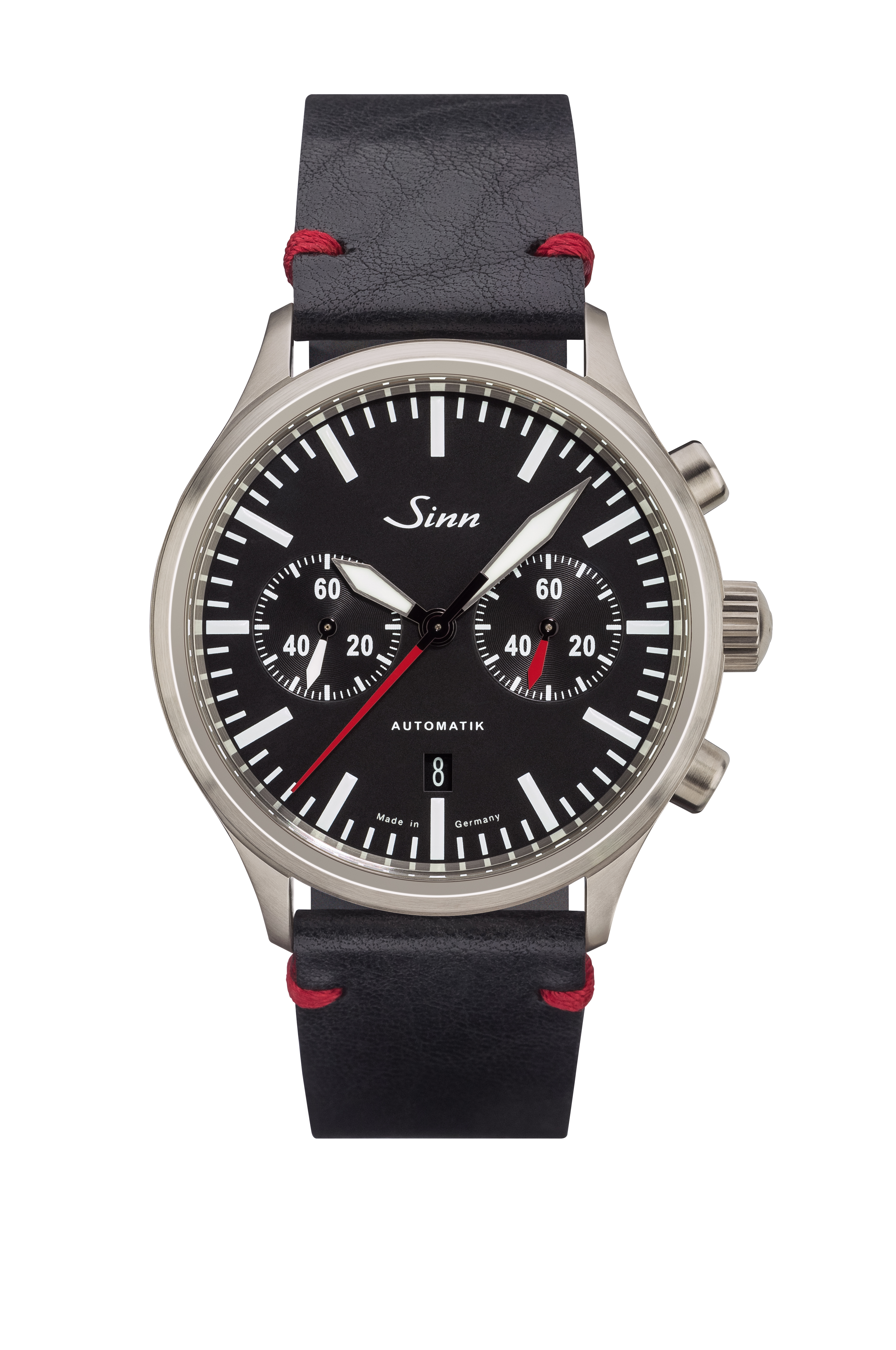